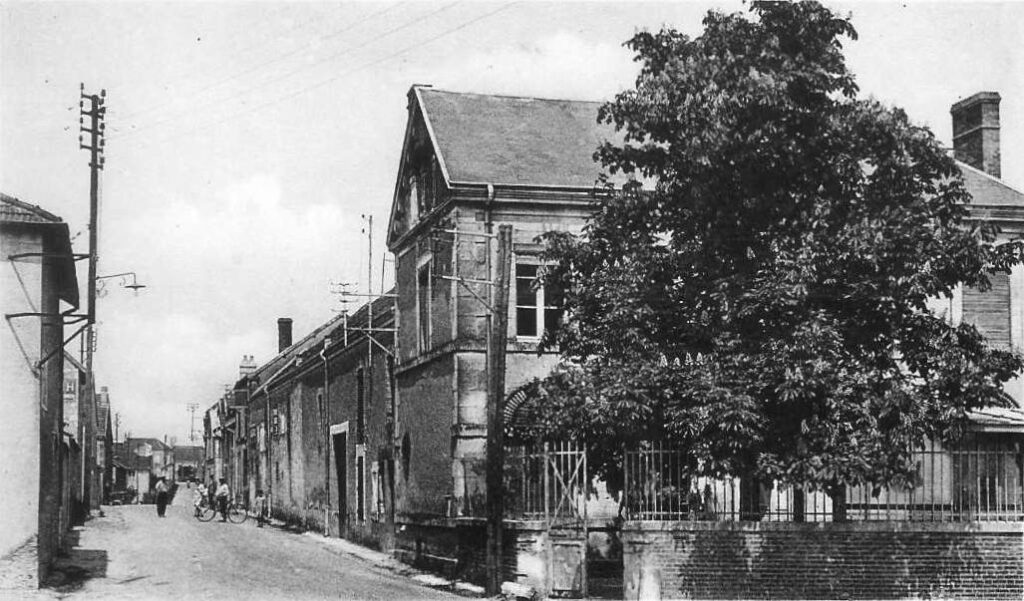 In Jouy-lès-Reims, in heart of the Petite Montagne de Reims, Pierre and Philippe Aubry, descendants of a line of winegrowers since 1790, have engaged in a real work of memory by deciding to bring back to life some of the old and lost grape varieties, formerly cultivated in Champagne.

Endowed with solid knowledge - Pierre, œnologist, is a graduate of the Ecole Nationale Supérieure d'Agronomie de Montpellier, Philippe studied biology- and the experience acquired from their father, the two adventurers of taste have thus won their bet: to combine the classic with the original. They know how to produce a range of wines for amateurs in search of a high and permanent expression of champagne, as well as a selection of rare vintages. This collection reflects even more than a house spirit, a real philosophy that can be summed up in a few principles: rigor, respect for tradition, originality and creativity. 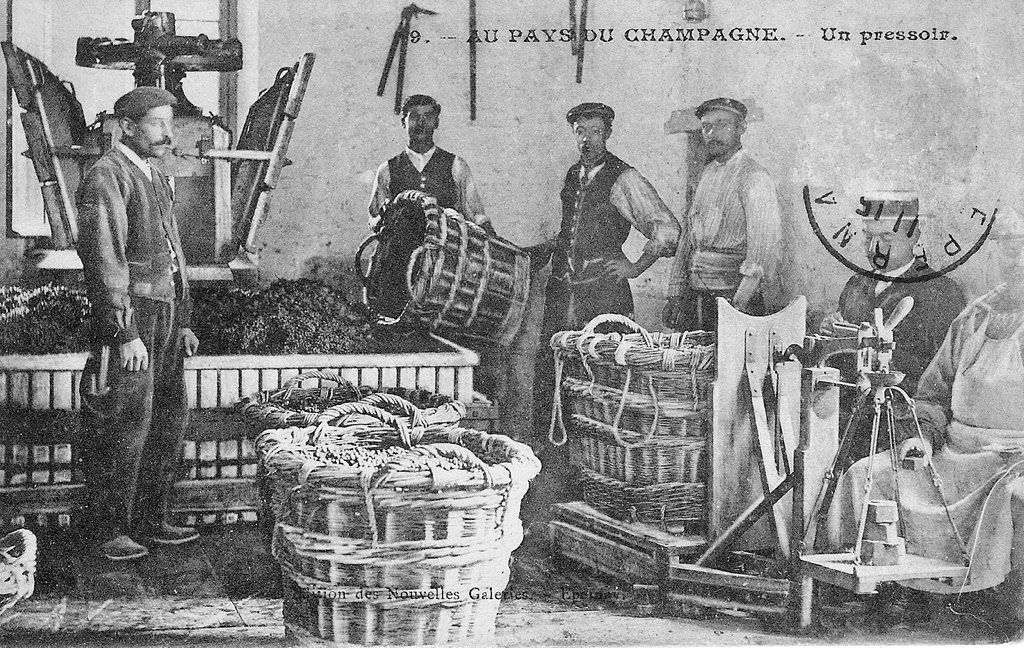 Rigor of the agronomist who favors the quality of the grape, with attention paid to the yield of each vine; rigor of the winemaker who uses the best current tools; respect for traditions with a wide crush press, the selection of the "heart of the cuvée" and the maturing in wood ; originality of an individualistic approach which reject any standardization of Champagne wine; creativity illustrated by the archeological type of research of forgotten grape varieties, with a view to reviving the wines of this end of the 18th century which loved quivering bubbles and saw the birth of the Maison Aubry.

The scope of this idea of Champagne wine is an estate of more than 12 hectares consisting of nearly 50 parcels. This palette of soils, exposures, different grape varieties, allows the two brothers to perpetuate the Aubry style, while developing the collection with limited series of exceptional champagnes.

Looking for the Lost Grape Varieties

The story begins in 1986 in Jouy-Lès-Reims, when Pierre and Philippe Aubry decided to create a special cuvée to celebrate, in 1991, the bicentennial of the house. They then thought of reproducing the characters of champagne in the 18th century. Immersed in old manuals and treatises, they quickly saw the limits of their project if they did not have the basics, in other words, all the noble grape varieties grown at the time: Arbanne, Petit Meslier, Fromenteau and Enfumé were missing. However, these vinestocks were endangered. Fair enough! They were going to find them, multiply them, harvest them, and vinify them.

The bicentennial year will arrive too early for the young plants to be productive and only an original composition of conventional wines will allow the anniversary cuvée to already have an Age of Enlightenment spirit.

The cuvée - Le Nombre d'Or - will be the work resulting from parts of this exceptional conservatory, a champagne with seven voices, whose unique tone will evoke what wine was in its early days, an authentic expression of diversity. 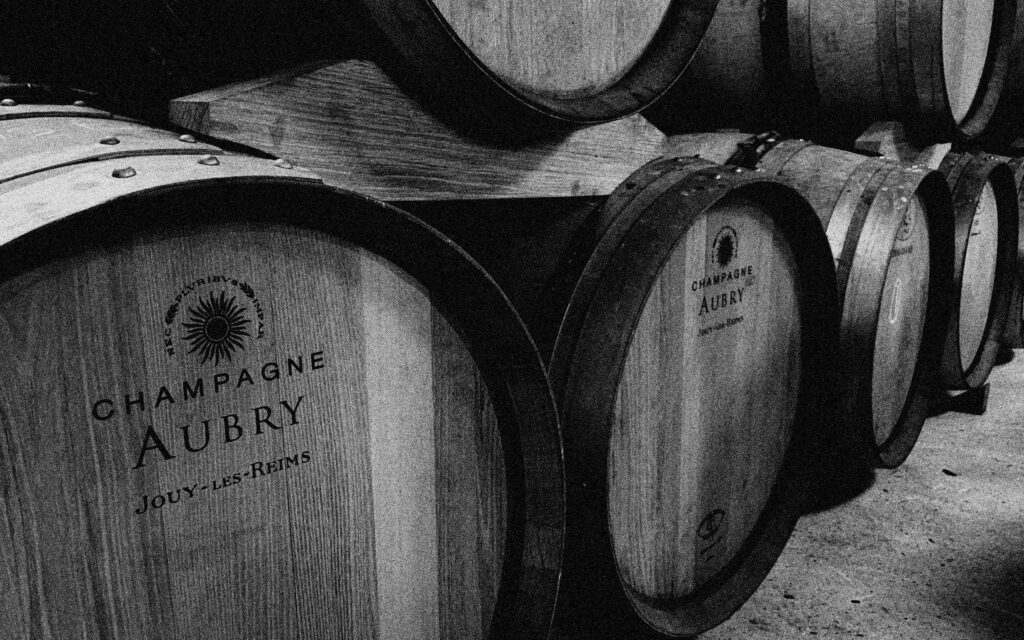 The particular conditions of some years have guided the birth of these champagnes.

In the wine library you can find these "undiscovered":

The Ivoire et Ebène Cuvee, an improvisation from 1982. Grapes from the same plot planted with Chardonnay and Meunier were vinified separately in small pieces of oak aged from twenty to fifty years. It remained to dare the alliance between the nobility of a grape variety and the rusticity of the other. This unusual and successful marriage illustrates well the concept dear to the Aubry family, that of Champagne wine.

The Sablé rosé, imagined in 1986 for the bicentennial of the house, celebrated five years later, wine in the 18th century style: gray reflections obtained thanks to a maceration spared at the pressing; light sparkling from a "small foam" bottling; no dosage.

A variation on the Sablé rosé in 1991, made from stained vintages. The natural pink hue was revealed by pressing grapes with small grapes called "grains de demoiselle". This grey Champagne, composed with a part of Chardonnay, knew a real success. A beautiful example of difficulty overcome, exploited, and mastered.

This lineage was ahead of the future style of the house.
Since 1993, five vintages of ancient grape varieties have been aging in the cellar.
Today, the cuvée - le Nombre d’Or - brings together the historic grape varieties of Champagne.

In the 21st century, Pierre and Philippe's descendants will thus be able to perpetuate a certain idea of Champagne by mastering the elaboration of these wines with rare grape varieties, of which the two brothers have now created the foundations.

For the first time, an avant-garde Champagne will have its roots in History...